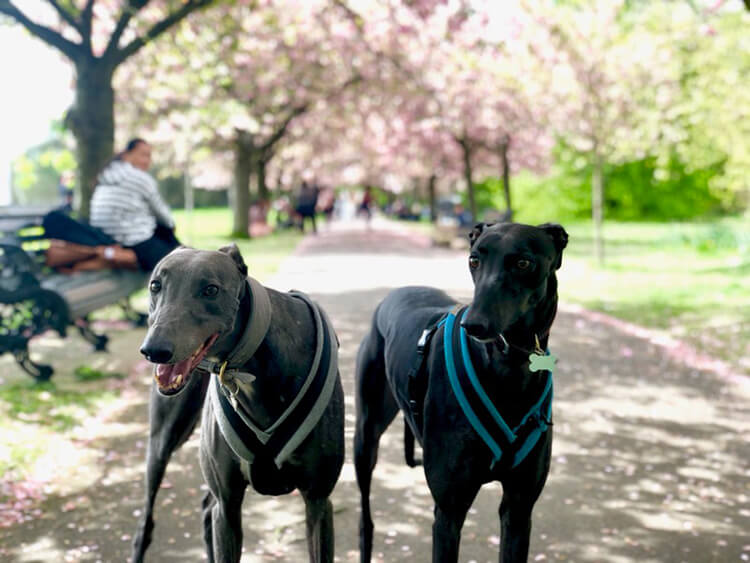 Stag and Harper are both ex-racing greyhounds. We adopted Stag when he was three years old, after he had broken his leg on a racetrack and been put into rescue. He is the perfect doting, quiet and gentle boy.

They are the perfect yin and yang and quietly best buddies!

One year after adopting him, we volunteered at his rescue sanctuary, and were asked to foster another three-year-old greyhound for four days over Christmas until her family could collect her. We agreed, but on Boxing Day her new family never showed up. We had her for months and months but no one would adopt her as she had a tiny limp, which was why she got ‘fired’ from racing after coming last in all six of her only races.

Eventually we gave in and adopted her, becoming failed foster parents. Harper had a tough life being moved from sanctuary to sanctuary and being unsuccessful in finding a home. She is the opposite of Stag – utterly bonkers and needy. But despite her background she is never happier than in the company of any and all humans. They are the perfect yin and yang and quietly best buddies! We’d love to take them away for a little break. Both are super well behaved and a joy to be around.