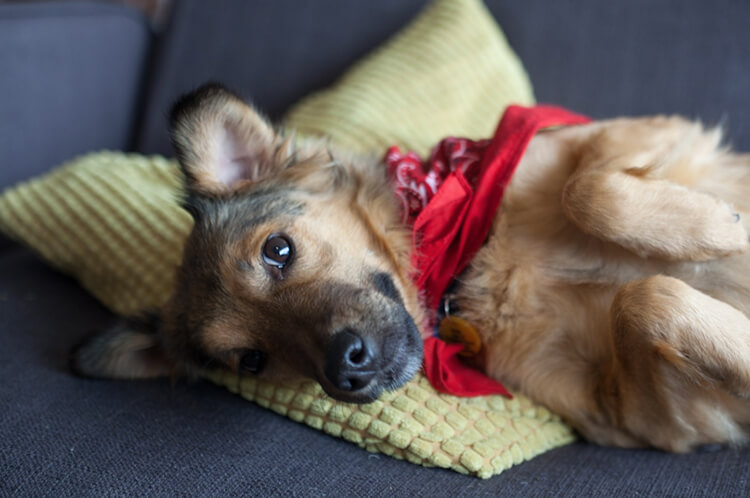 We adopted Rosie nearly three years ago from a charity in Guilford. We were informed she was a stray dog and had clearly been mistreated by humans. When we adopted her, she was so frightened we couldn't even get near her.

She has become a happy pup who begs for belly rubs

A few weeks later we were able to start walking and touching her, but she would try and run away, freaking out at any human or dog in sight. It has taken three years, but slowly we have made her feel safe and she has become a happy pup who begs for belly rubs, loves to play, go on adventurous walks and be as comfortable and warm as possible.

She's the smartest dog we've ever known and can learn a new trick in five minutes! She may not be a social butterfly, but we have given her a small, happy world and in return she brings us endless entertainment, love and adventure!