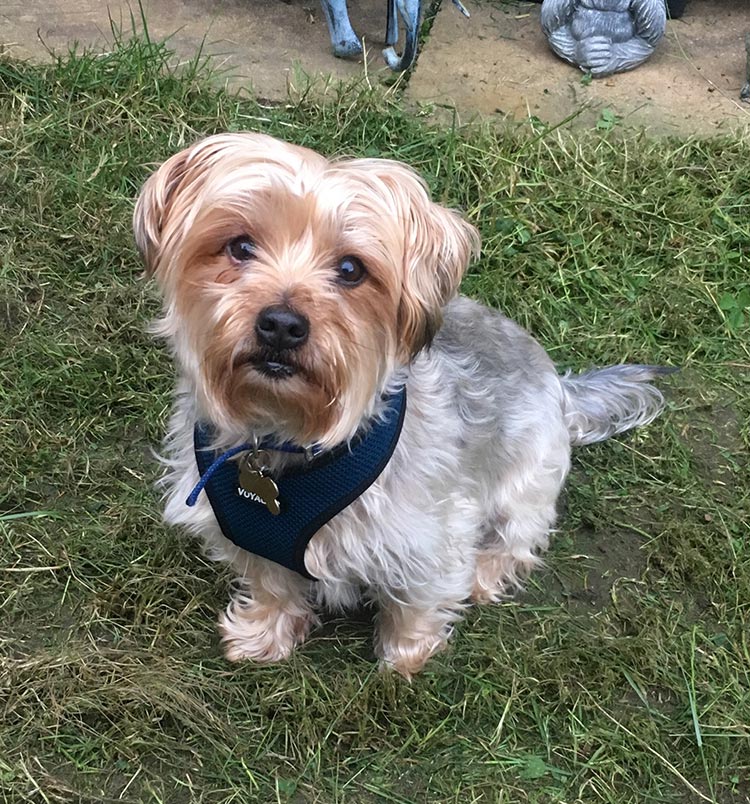 Rescue pup Cooper is a pint-sized protector to his owner, Diane.

My daughter and I fell in love with Cooper the moment we first met him.

It took love and devotion but slowly he gained confidence

Cooper’s previous owner had passed away, and he’d been passed around several family members before landing up at Battersea Dogs’ and Cats’ Home. He was very shy and nervous, but gradually approached us for attention.

It took love, devotion and hard work, but slowly, he gained confidence.

He’s been through a lot in the past 15 months: Cooper has suffered with allergy problems, an emergency operation, kennel cough and fleas. You name it, he’s had it!

Cooper is my little bodyguard. He’s very protective of me, because I use crutches due to a disability.

He has come on so well with other dogs. I took him to a small dog show and I thought we be asked to leave if he became too yappy, but he was very well behaved and even came fourth and fifth in two categories.

Cooper is a very inquisitive boy who gets me through my bad days.