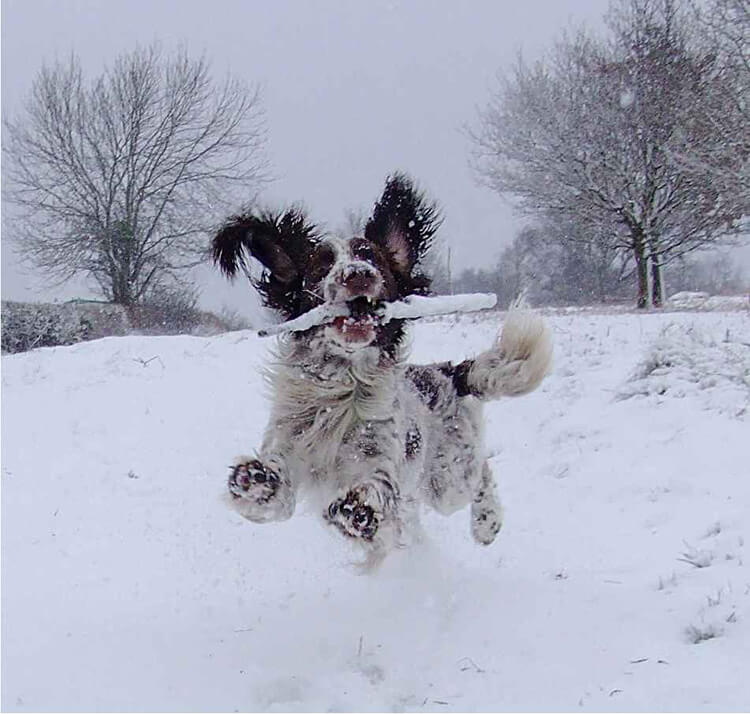 Bobby is an old timer now, a Springer Spaniel of 15 years. All his life he has lived to run and chase. He smiles when he's running, and with his smile comes ours, as we watch that rudder of a tail flicking back and forth as he rummages in the undergrowth.

Unfortunately, he's not that steady on his legs anymore. A couple of years ago we started to see a definite grumble of aches and pains when he would get up from his sleep, but still eager as ever to go for a run and chase his ball. He has regular anti-inflammatory and turmeric tablets every day. Two weeks before his 15th birthday Bobby had a small stroke, which has left him wobbly and forgetful. But aren't we all at this ripe old age?

He's our hero, and doesn't see age as anything other than a number

He still manages to get down the garden for a run. In fact, we have to stop him from overdoing it. He still chases his ball around the kitchen, although he's not quite as coordinated as he used to be, and you have to pity our cat George when he gets in the way.

He's our hero, and doesn't see age as anything other than a number. It's not going to stop him doing the one thing he was born to do, what a Springer does best: running, chasing imaginary beasties and balls, and smiling. The smile that lets us know everything is going to be OK.

Here's to our little boy, our best 'bud', the baby bear, and our forever puppy dog. Thank you for keeping us young.