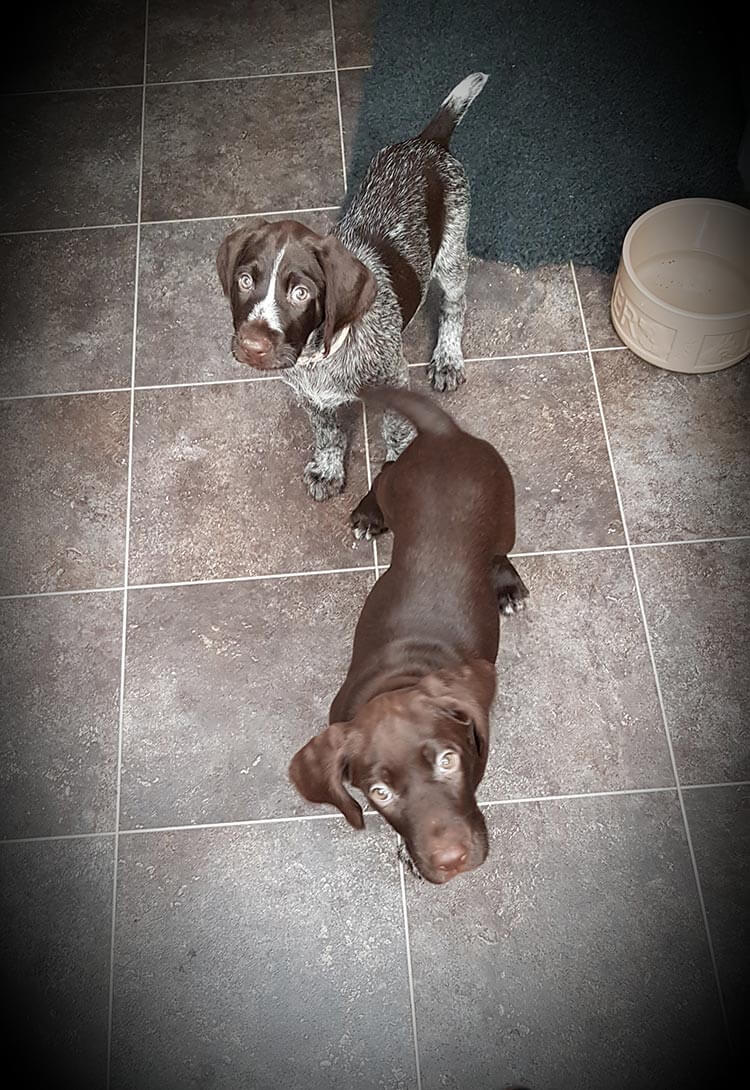 Suzanne has loved the addition of Ruby and Murphy to the family, but it’s safe to say her plants don’t feel the same…

We decided to get a companion for our dog Charlie, which is when we chose Ruby our German Wirehaired Pointer. Sadly, three weeks before we were due to pick her up, we had to put Charlie to sleep. After great consideration, we decided to get another puppy from the same litter as Ruby – we now have both Ruby and Murphy living with us and they are beautiful! Running us ragged our lives will never be the same again.

Our lives will never be the same again

Even though they are young and developing, they have very different personalities already. Ruby is the zany unpredictable one, whilst Jack is calm and chilled. That is, except when they start play fighting and end up trying to eat each other’s ears!

As they haven’t had their second round of injections yet, we haven’t been able to take them out. But we do enjoy ‘gardening’ together – which involves me trying to keep the garden tidy and them crashing through the middle of my plants like it’s their very own adventure playground!