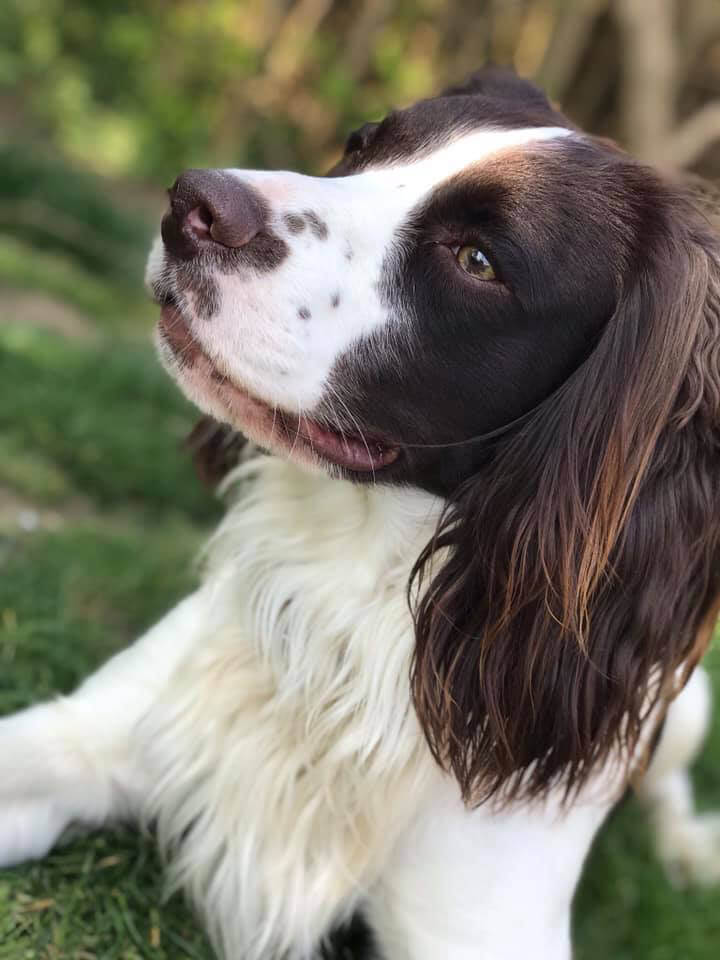 Rubble’s love of mischief almost matches his love for Helen, and it has her hooked.

Our hearts were broken when our two boys Phil and Bailey both went over the rainbow after 14 years of springer spaniel love. We thought the hole in our lives could never be replaced. Then one day (only a month later) we found Rubble on a Cocker and English rescue web site.

We didn’t know his background. He was only six months old but he was as mad as a box of frogs and we started to think we would never make him how we wanted him to be.

Now 18 months later he has made us into how he wants us to be. He is a handsome, happy, loving little man. His character is hilarious and we are totally hooked. It has been hard work but we have finally got there. My heart lifts when I’m driving home to get to hug and squeeze him.

I believe that he has helped us heal and replaced the pain with love. Thank you Rubbly Bubbly!