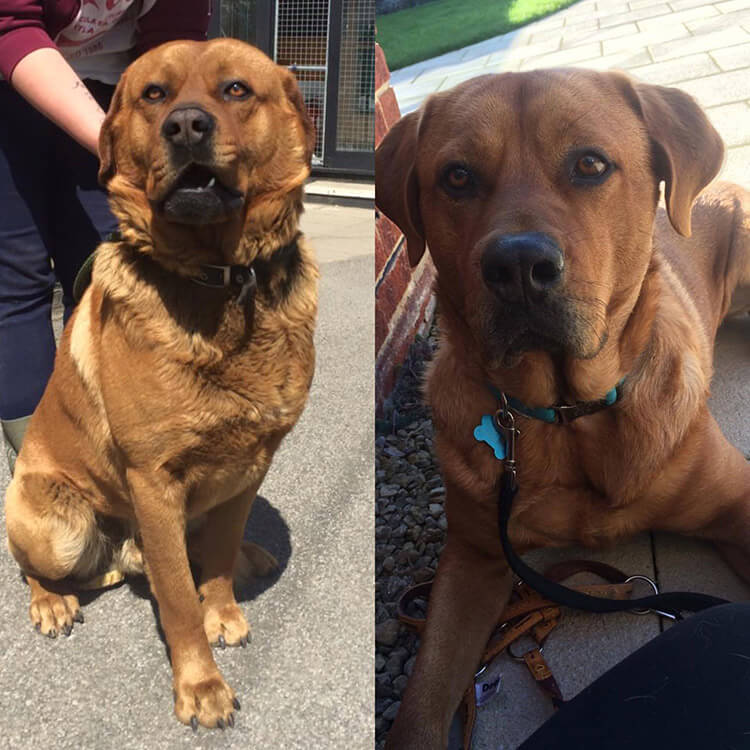 OJ has gone from scrapyard rescue to superhero Rottweiler for Sarah.

We adopted OJ (Oily Joe) from a rescue in July 2015. He had been handed into the pound covered in engine oil from hiding under cars in a scrapyard and on a length of chain. A very kind gentleman took him from the pound and contacted a Rottweiler rescue where they tried unsuccessfully to wash all the oil from his coat. In the end, the vet had to shave his neck as the oil was too deeply embedded.

His story is Scrapyard Boy to Therapy Dog.

The rescuers worked really hard with him but when I adopted him, he was still wary of men (my guess is he was hit in the past). He had never lived in a house before so the sound of the TV or hoover were all strange to him. We worked on his confidence and he was always so keen to please. After we’d had him for three years, I asked Therapy Dogs Nationwide to assess him to be a Therapy Dog. He passed and now visits nursing homes and will soon start visiting a school for Paws and Read sessions.

He has also helped me overcome some of my fears and worries as I suffer with depression. I also have fibromyalgia and on a bad flare-up day, he is just happy to cuddle up to me on the sofa. His story is Scrapyard Boy to Therapy Dog.