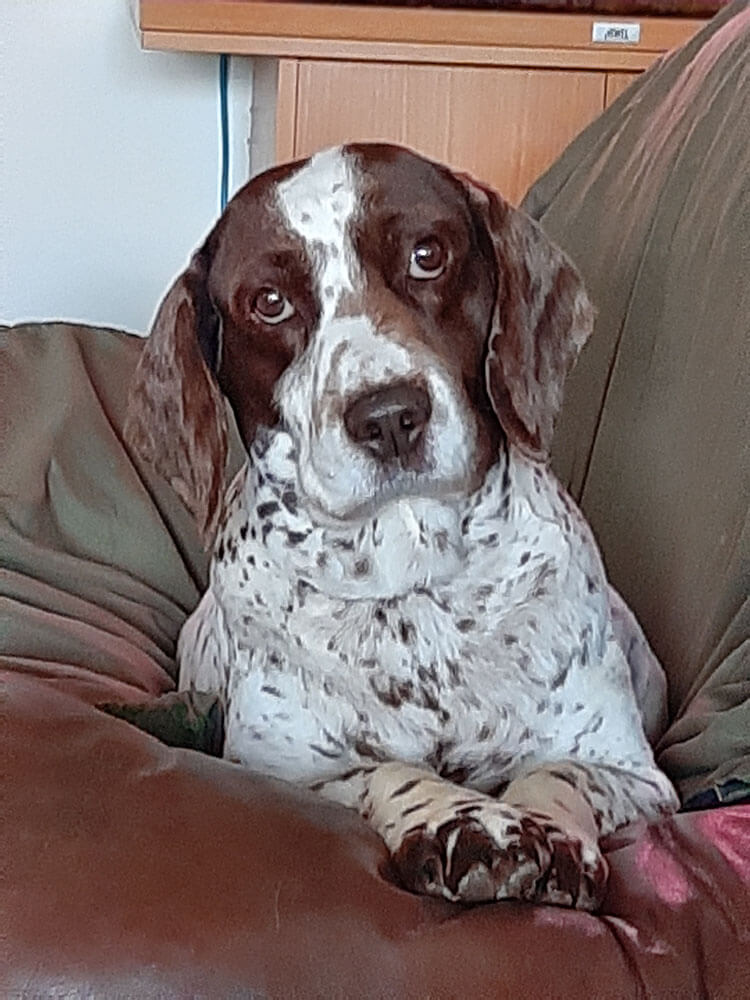 It was ten years ago that I was asked to bring Dave into my life. Initially I said no, as I was still getting over the death of my previous dog, Meg. But having heard that Dave was due to be destroyed, I sent my son to pick him up.

Dave was two years old when he came to us. He’d originally been called Tye but we renamed him Dave because my son is a massive Only Fools and Horses fan. As a failed gun dog he had lived in a kennel all his life, had been beaten and was scared of everything. Thankfully he soon settled in. People say Dave was lucky to find us, but we were lucky to find him. For many years he spent his days with my son on his tractor, but in recent years has suffered with mobility problems. We took him to the Queen’s vet school in Cambridge, and learnt that he had bulging discs on his spine. After a major operation, he came home for recovery.

Dave is doing brilliantly now. He’s such a lovely, friendly boy – especially considering all he’s been through. He’s a real people dog and so gentle. I’ve never heard him growl, and he is very loving and adores children.